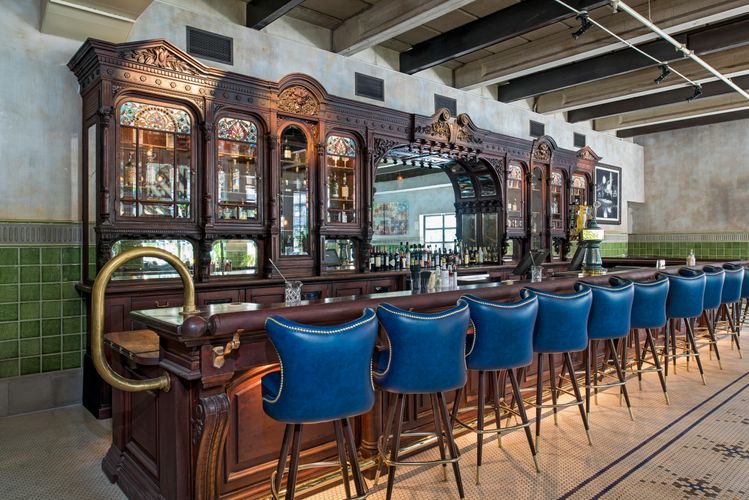 Built in 1866 out of pure mahogany from South America, the Cedar Tavern held court for more than 140 years in three different locations in New York City.

A living piece of history, it was the watering hole of choice for many notable artists, abstract expressionists, beat writers and folk musicians.

On any given night you might have seen Jackson Pollock drinking and fighting with Willem DeKooning or Jack Kerouac. Or overhear Bob Dylan, Jimi Hendrix or Allen Ginsberg marinate on their next project.

In 2006, the Cedar Tavern Bar in New York City closed for good to make way for the onslaught of commercial growth. The partners of Eberly who had also spent more than a few evenings spinning tall tales at the bar, didn't want to see this work of art end its run. So they purchased the bar, had it deconstructed and moved to Austin, where it's been in storage patiently waiting to paint its next canvas. It was a legendary place and its beating heart, the bar, fits perfectly within the walls of Eberly and in the soul of Austin. Eberly is full of depth and intrigue and warrants exploration from early morning to late at night.